For a holiday in south India soaking in history and heritage, it would be pretty difficult to beat Madurai. The town is easily accessible and the main attractions can be covered in a couple of days, with time to spare for healthy and delicious breakfasts (the Tamil people seem dedicated to chutney innovations and it’s worth it) and a spot of shopping. 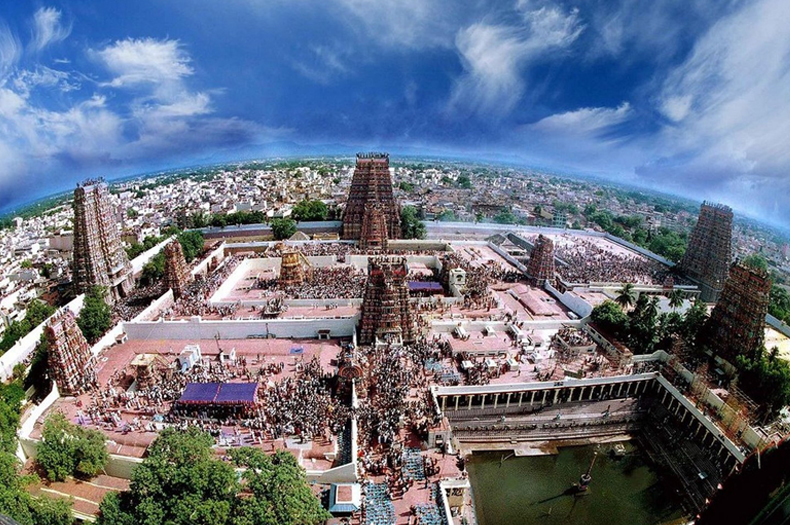 Madurai was most prosperous, in wealth and culture, under the first and second rule of the Pandya kings, and later under the Nayaks.

Apparently, the town traded with ancient Rome and Greece and flourished under the Pandyas, till it was captured by the Cholas in the 10th century. The Pandyas took it back in the 13th century and built it up as a literary hub.

After a few raids by the Muslim rulers in Delhi, it became a province of the Delhi Sultanate a century later under the Tughlaks in 1323, but was captured by the Vijayanagar dynasty of Hampi in 1372. They appointed governors called Nayaks to collect revenue, but the Nayaks took over as rulers and the main Sri Meenakshi – Sundareswarar temple, the iconic structure at the heart of the city, was built during their reign.

A temple of wonders:

The Meenakshi temple, as it is popularly known, was built as we see it now in the 16th and 17th centuries under Vishwanatha Nayak and Thirumalai Nayak, but historical accounts trace its origins back to the 6th century. 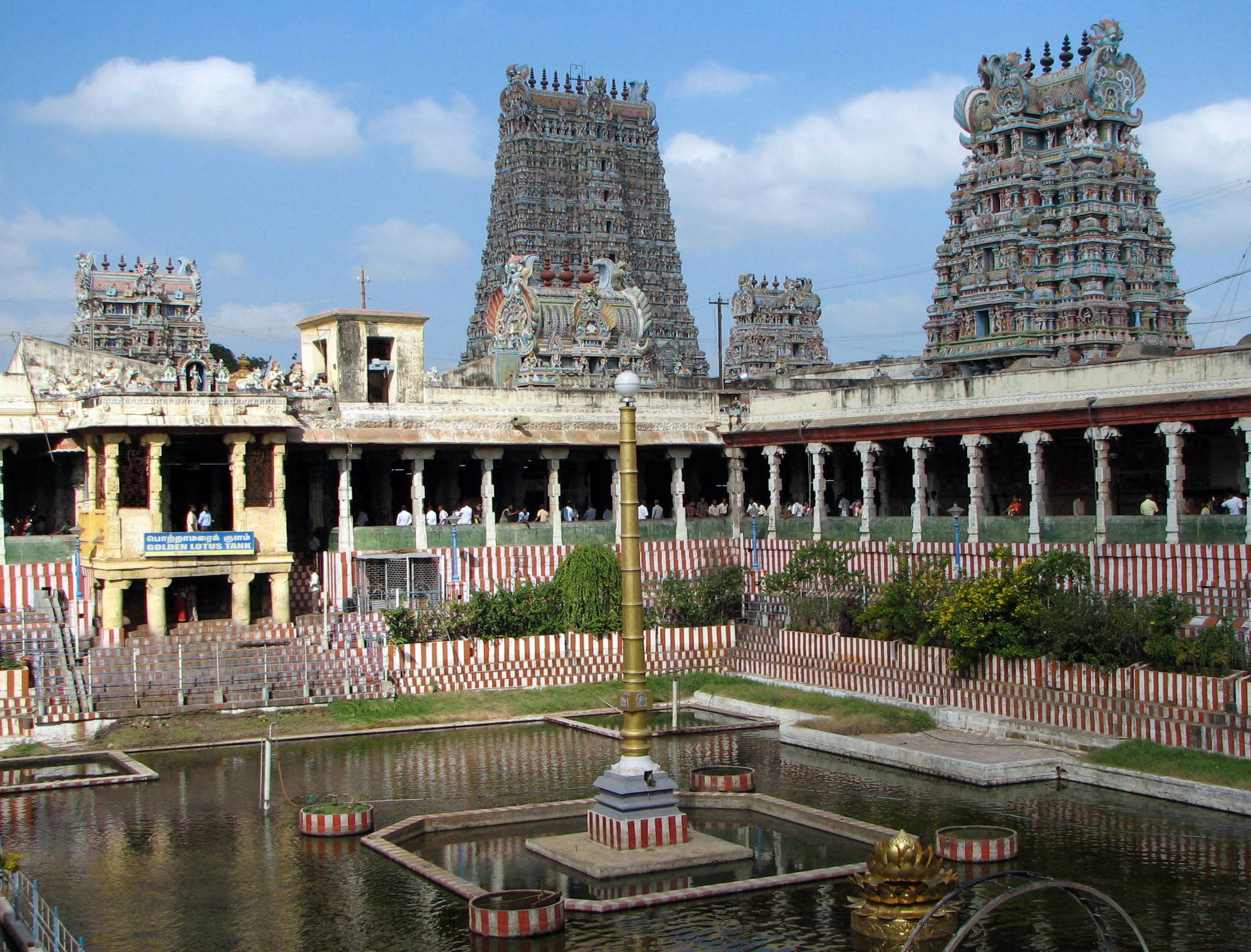 So, the gopurams (towering gates)–14 of them, standing tall at anything between 45–50m—with an average of 1,500 idols carved out of one rock, are stunning enough, but when you enter the 65,000 sq m complex, there are so many amazing legends sculpted in stone, that everyone can take away their personal favourite to ruminate over.

Young children might like the fairly recent ceiling mural of a lingam, which ‘magically’ turns to the direction from which the viewer is seeing it; so it seems to turn to you when you look up at it standing north, south, east or west.

There is a chariot carved in stone depicting the wedding between Siva and Parvathi (Meenakshi), to whom the temple is dedicated, which makes you think they must have worked with power tools to create such detail in stone.

Then, there is another almost life-size rock sculpture of Siva, where the god is putting on a kundalam (earring) into his right ear with his foot. Apparently, he is in a dance competition with his mother and this move sealed his win over her, and left her fuming. How awesome are the subtexts in that legend.

There are also ancient ceiling murals painted in vegetable dyes, a hall of a thousand pillars and a musical pillar at this temple.

The grandest in the south:

Only the gate, the main hall, a dance hall and a queen’s bedroom survive of this 1636 abode of Thirumalai Nayak, but you can see that the king intended it to be the grandest palace in the south. Combining the best of Dravidian and Islamic styles, the grand, intricate stucco work and the massive pillars, measuring 4 m in circumference in the courtyard tickles your curiosity about what the rest of the Thirumalai Nayak Palace might once have looked like. 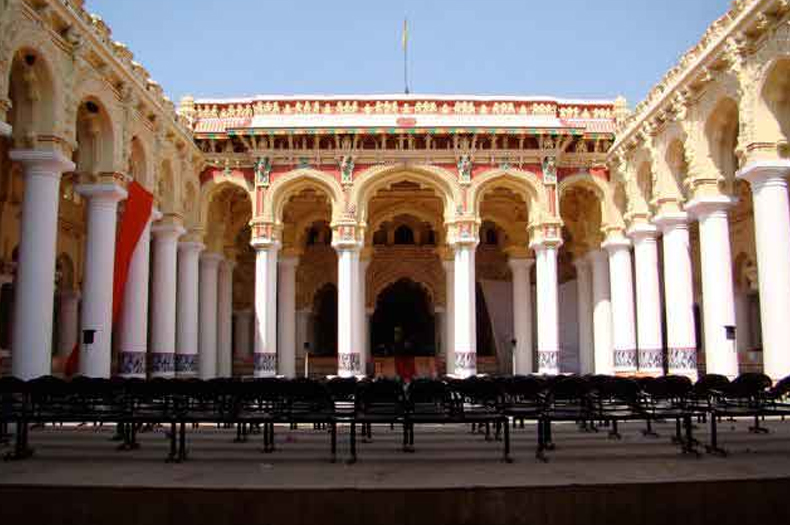 Sitting in that beautiful dance hall, you can almost picture the king enjoying an evening of entertainment, and the women in the royal household seeing the show from their viewing gallery above the hall.

Located in Rani Mangammal’s summer palace, originally known as the Tamukkam Place and built in 1670, it was later the residence of British district administrators. Today, the Mahatma Gandhi Museum traces the freedom struggle from the earliest days in the 18th to the 20th centuries, with relics—bowl, glasses, shawl—from the spartan life of the Father of the Nation. 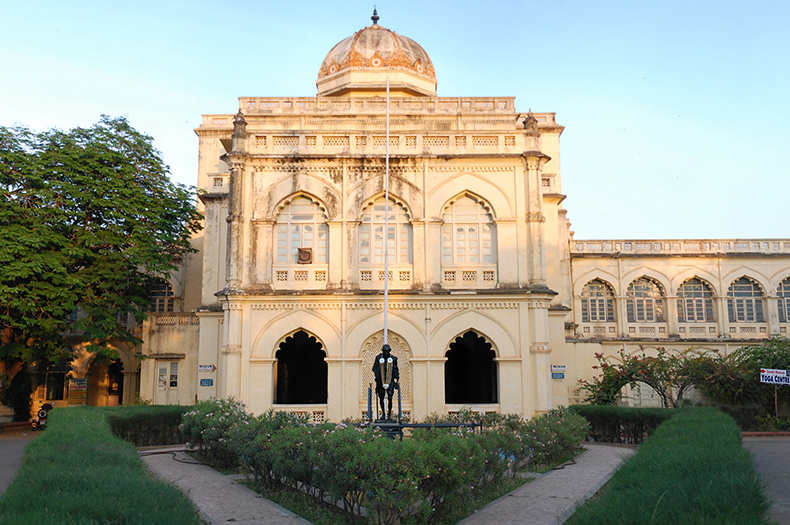 You have to get your hands on at least one piece when there is a history involved with a sari. Apparently, the Saurashtrian people migrated from their native Gujarat after the invasion of Mahmud of Ghazni in the late 10th century. These skilled silk weavers gradually moved to Madurai under the patronage of the Nayak kings. Today, they are settled around the Thirumalai Nayak Palace, where they sell cotton saris (also at the north gate of the Meenakshi temple) that are famed throughout the country.