The Journey and The Destination

So, someone had the wicked-good idea of converting the journey, and not just the destination, into a special holiday. And thus luxury trains were born. And if any place can fully capture that awesomeness of a train journey, it has to be India, with its forests, palaces, temples, people and legends.

But not all trains are equal, so we’d like to show the green signal to the outstanding ones below. And while the carriages are distinctly designed in old-fashioned opulence, including personal butlers, they are also fitted with all the modern necessities—wifi, spa, gym etc.

The coaches are fitted like a Maharajah’s saloon and tellingly named after provinces in Rajasthan. Decorated with miniatures from different traditional Rajasthani schools, royal emblems and crests, inlay work depicting hunting scenes, oil paintings and Mughal-inspired artwork, intricate carvings, zardosi, and metal and foil work; the train boasts an astounding range of styles from this region and is a truly royal way to travel. 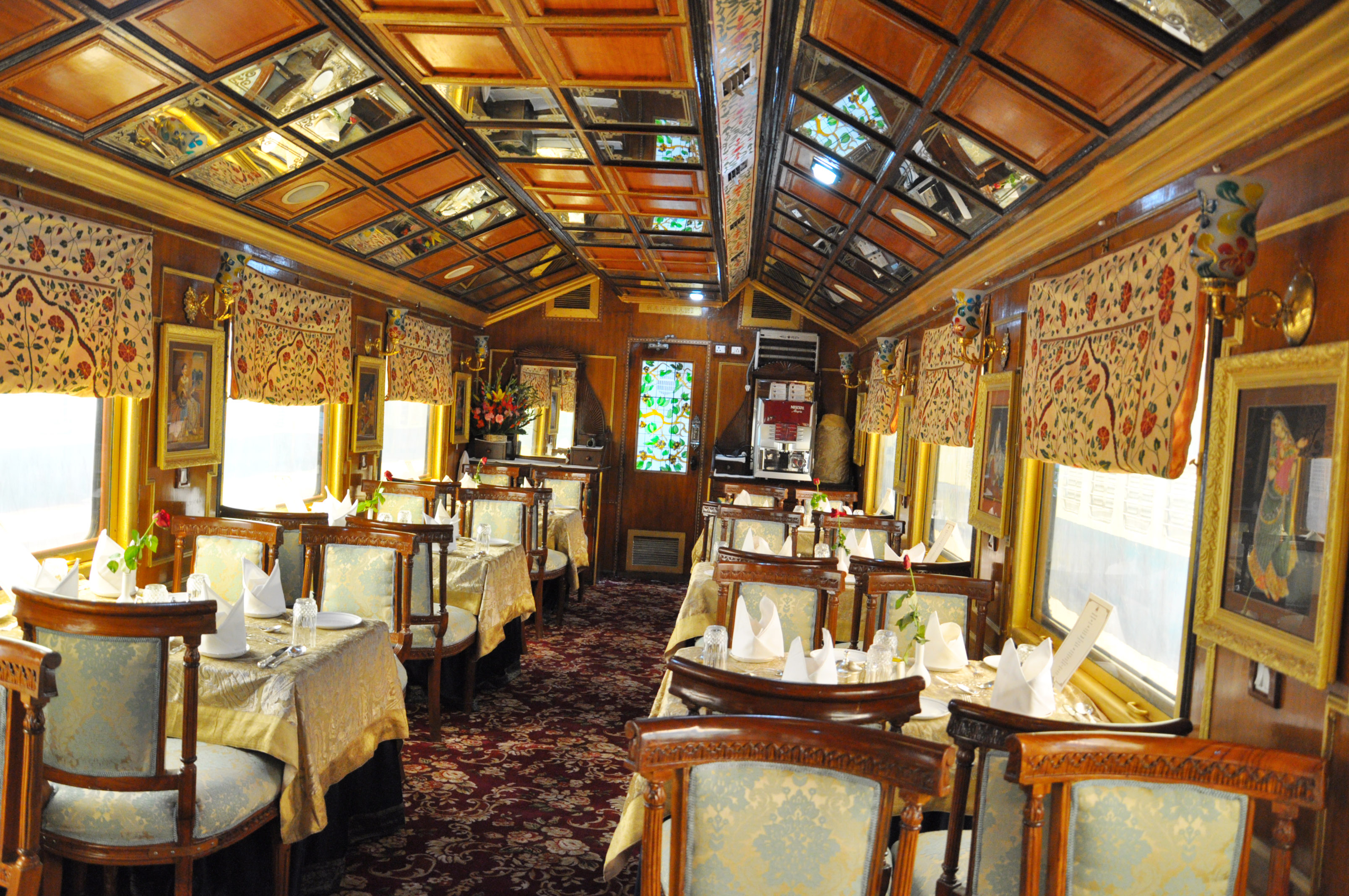 The one to two week itinerary of the Palace on Wheels is designed around the Rajasthani royal circuit—Jaipur, Jodhpur, Udaipur, battle-hardy Chittorgarh, Jaisalmer, Bharatpur Sawai Madhopur and the Ranthambhor National Park—and culminates in the poignantly beautiful sights of Agra.

An upgrade on the Palace on Wheels, this version steps up the luxury with coaches aptly names after the palaces of this princely state. So you could be checking into the Hawa Mahal, the Moti Mahal or the Lalgarh Palace; royal in name, royal in character. Or if you want to go ‘Super Deluxe’, you can go for no less than the Taj Mahal. 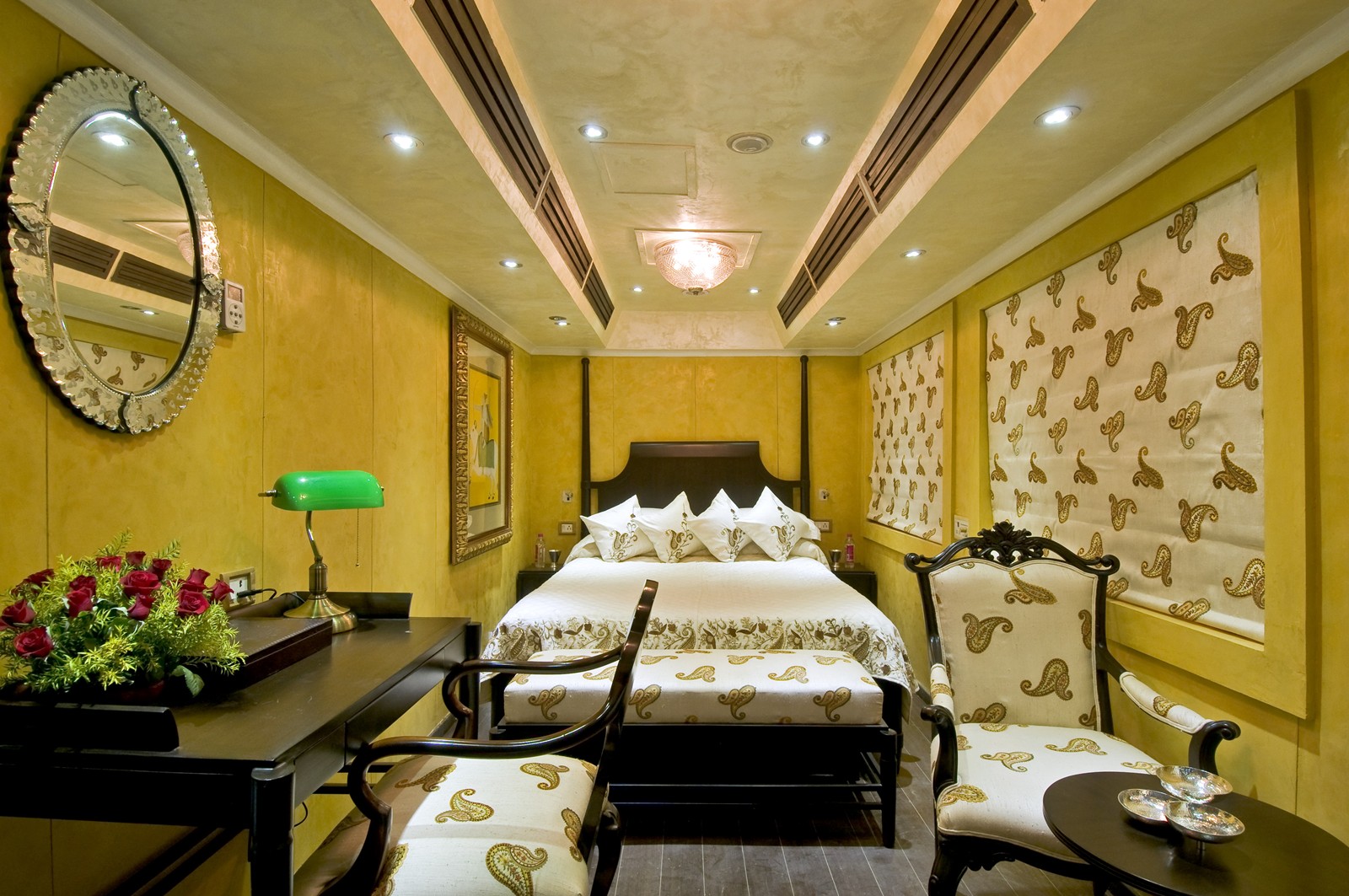 If you can manage to pull yourself away from the velvety splendour of the train, you can catch the saga of royal glory in Jodhpur, Udaipur, Chittorgarh, Sawai Madhopur and Jaipur, before exploring the architectural and romantic expertise of Khajuraho, the gripping atmosphere of holy Varanasi, and finally Agra.

Upping the ante on the luxury factor, the 14 lodging carriages are named after precious stones; can’t you imagine settling nicely into a blue sapphire or a diamond. The antiques, tapestry and semi-precious stones in the decor will easily transport you back in time. 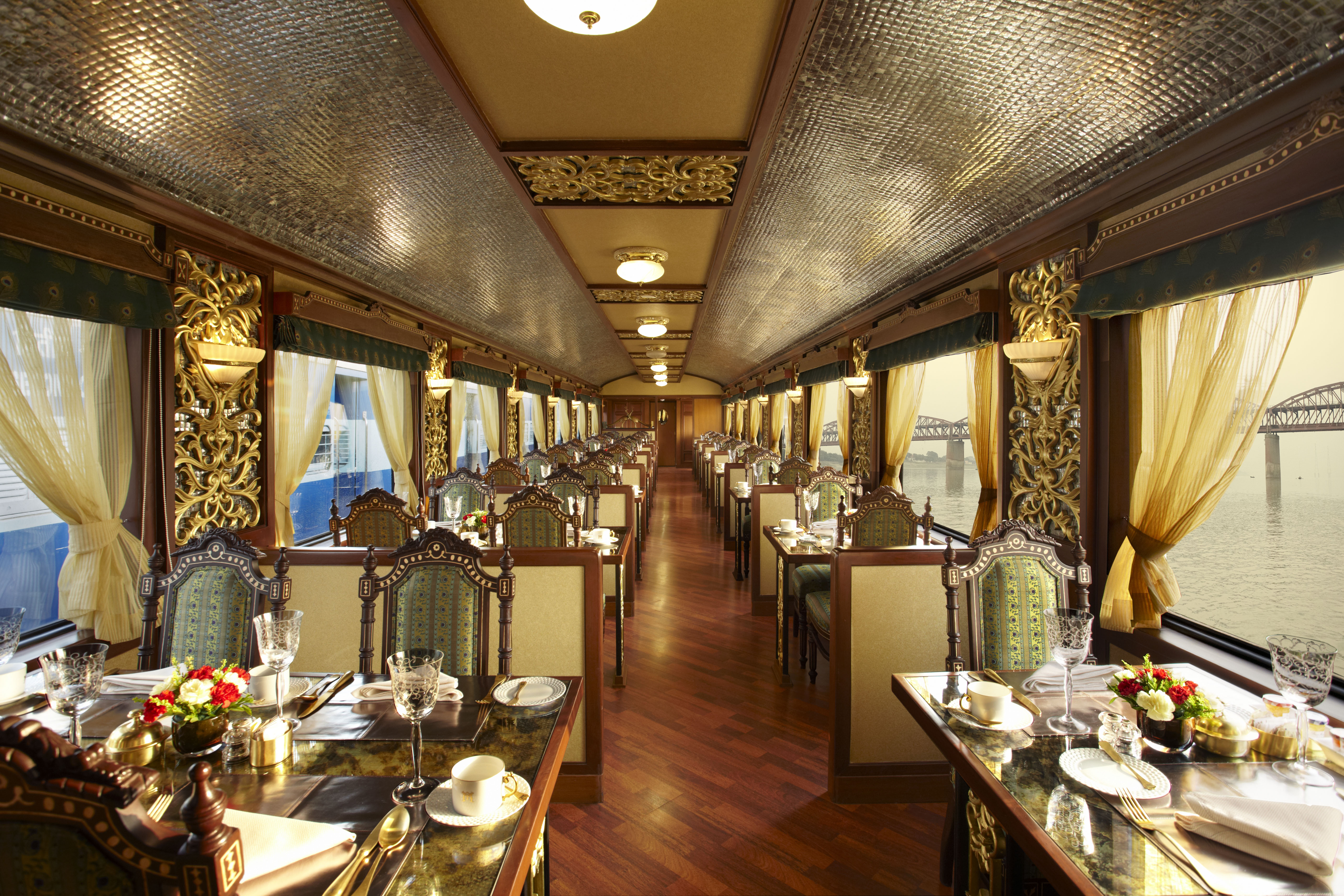 The train will carry you back in more ways than one; there are five carefully planned schedules that will take you to the wonders of the past, and allows you to pick from circuits that offer stopovers at the Buddhist monuments at Ajanta, Rajasthan’s varied royal landscape, the distinctive old-world charms of Lucknow and Varanasi, and Mughal monuments in Delhi.

That royal purple exterior sets the tone for the awesomeness on board this award-winning luxury train. The interiors are designed in distinctive southern styles; the passenger saloons in Hoysala temple style, which bears an intricacy characteristic of ancient artisans, while the bar lounge is aptly inspired by the Mysore Palace, and the restaurant coaches will prepare travellers for Hampi. 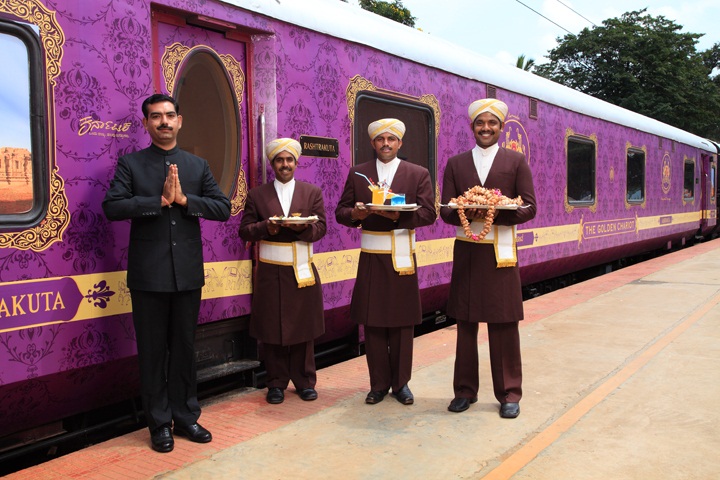 The Golden Chariot offers week-long trips to the varied landscape of southern India, from Mysore to the UNESCO heritage site of Hampi, bohemian Goa, Tamil temple towns of Trichy, Thanjavur and Madurai and charming Kerala.

Many a time doesn’t the romance begin with the name? This multiple award-winning luxury train is turned out in royal blue and fitted with 21 luxury coaches, inspired by the carriages of royalty of yore. And as if this wasn’t enough, the services are a joint venture with the Taj Group of Hotels, so it’s indulgence of a really palatial scale. 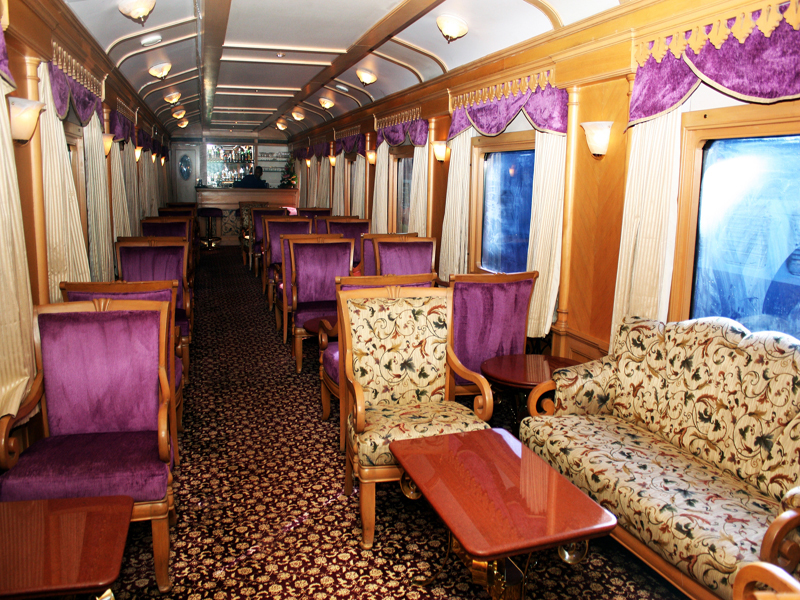 Places to see: There are six varied routes offered from the sights of ancient Maharashtra, to the splendours of Rajasthan, the hotspots of Goa, the Nizami culture of Hyderabad, pilgrim and cultural areas of Gujarat and exploration of the wild in Tadoba National Park, Pench NP and Sawai Madhopur.