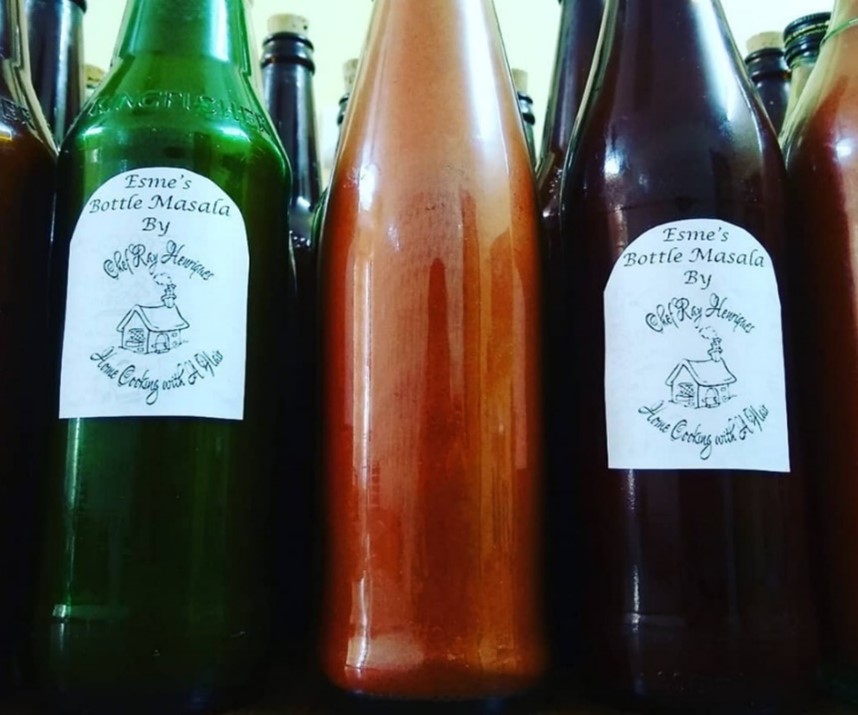 While Mumbai does not form part of the coveted Golden Triangle or beckon like the beaches of Goa or backwaters of Kerala, its history and cultural ethos are no less fascinating than that of better-known tourist destinations in India. While many are aware that the erstwhile Bombay comprised seven islands initially occupied by the Portuguese and later gifted to the British as part of the dowry bestowed upon Charles II, not too many know about the indigenous East Indian community. 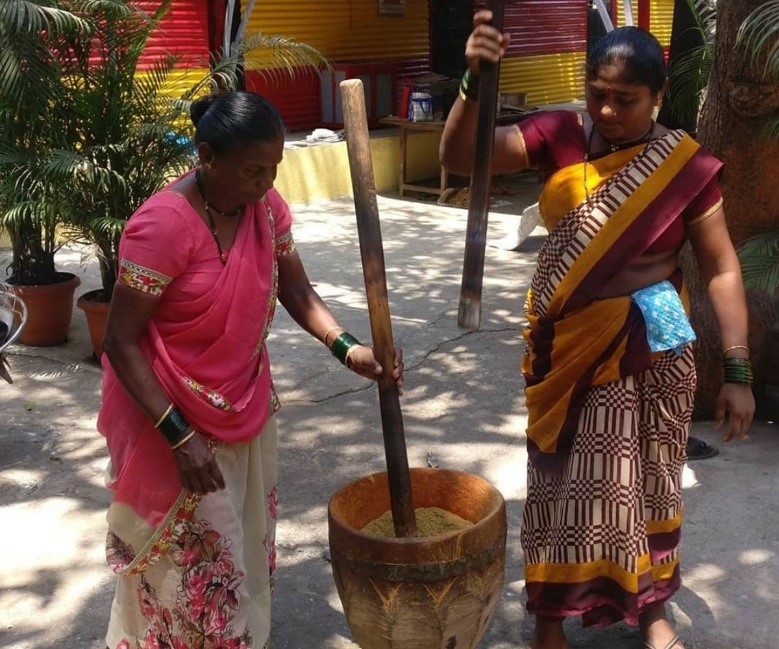 A confusing term, for Indians who live in western India! Considered the original residents of Bombay, the East Indian community’s history dates to the 15th and 16th century Portuguese occupation. As part of their rule over the area, Portuguese missionaries converted Hindu members of local farming, fishing and salt-making communities to Roman Catholicism. These aborigines, who lived the islands of Salsette, Vasai, Thana and parts of Raigad, took on the lifestyles, habits and cuisines of their invaders.

After Mumbai was gifted to Charles II in dowry, other Christians started coming to Bombay in search of work and the original Christians from Bombay adopted the moniker ‘East Indian’ in order to distinguish themselves as the earliest Roman Catholic subjects of the British Crown in this part of India. Today, their stronghold is the suburb of Bandra in Mumbai, where they continue to straddle customs from two religions. And naturally, they have a very distinctive cuisine of their own.

The East Indian culture and cuisine is an amalgamation of Maharashtrian, British and Portuguese influences (there are a few similarities with Goan cuisine, too). Bottle Masala, though, is uniquely East Indian. 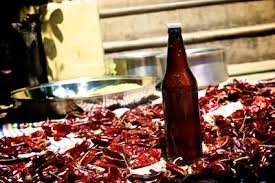 The bottle masala is born of many spices, all sun-dried, roasted, pounded and bottled together. While each East Indian family has its own distinctive recipe for bottle masala and keeps it a secret, the estimate on the spices that go into the making of Bottle Masala varies from 25 to 30 to 60 ingredients, including some odd ones like dagad phool (a type of lichen), maipatri (mugwort) and cobra saffron (nagkesar) bulbs. Bottle masala goes into many East Indian meat and seafood delicacies and because it is not terribly aggressive, it works to bolster the dishes without overwhelming them with the heat of chillies. Interestingly, sometimes there’s a small amount of wheat or dal (also roasted), or dry coconut added in, which later acts as a thickener when mixed in curries. Old-timers, of course, maintain the original recipe has spices only.

This masala is made on the hottest, driest days before the monsoon. Years ago, it used to be a common sight to see a group of East Indian women sitting in their yards, roasting the spices on a wood stove (chul) pounded in a mortar. In fact, the reason why the Portuguese styled houses had an upper level and common courtyards between them, were to stock the paddy and spices and for the women to sit together in the courtyard, drying, cleaning, pounding and chatting as they worked together. Thankfully some of these houses still stand in Ranwar in Bandra, Mumbai. 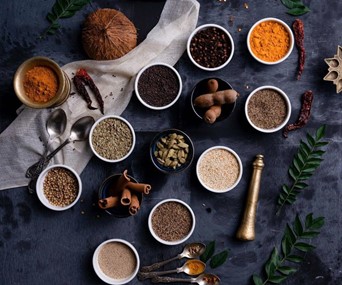 The whole process of making the masala takes 3-4 days and is time consuming and labour intensive, which is probably why, many East Indian ladies, now tend to hire masalawaalis, to come home and do the job for them, or even send the spices to the mills to be ground. Once the masalas are ready, they are stored in coloured bottles, usually beer bottles— the tinted colour-blocks the sunlight from entering and the narrow neck makes it easier to hold and pour. There too, the community chips in — people drink beer and whiskey and save those bottles. The bottle’s narrow neck ensures not too much air enters it. The mixture is packed so tightly, there is no space for air to get in and it keeps the masala fresh. These bottles serve the East Indian families for a year, right up until the next summer, when it is time to start the process all over again. 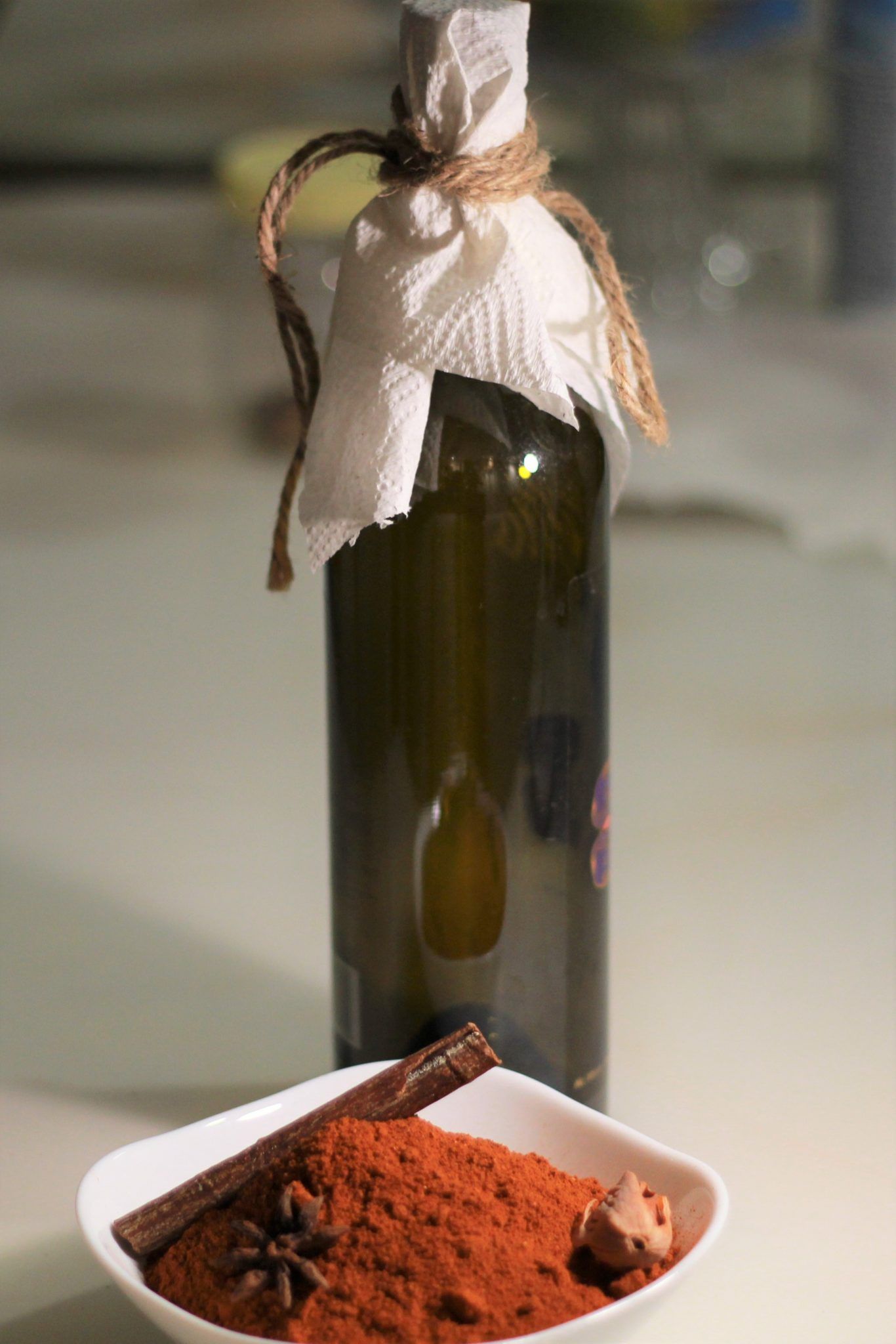 Bottle Masala finds its way into daily and special dishes for the East Indians, from sorpotel (pork curry) to lonvas (coconut curry usually made with mutton). It works well with vegetables, meats like mutton and chicken, fish and shellfish, and more. It’s a spice blend that doesn’t burn but lends a beautiful, memorable flavour. And it’s an example of East Indian sensibility, a harmonious blend of different traditions and cultures working together to create something beautiful.